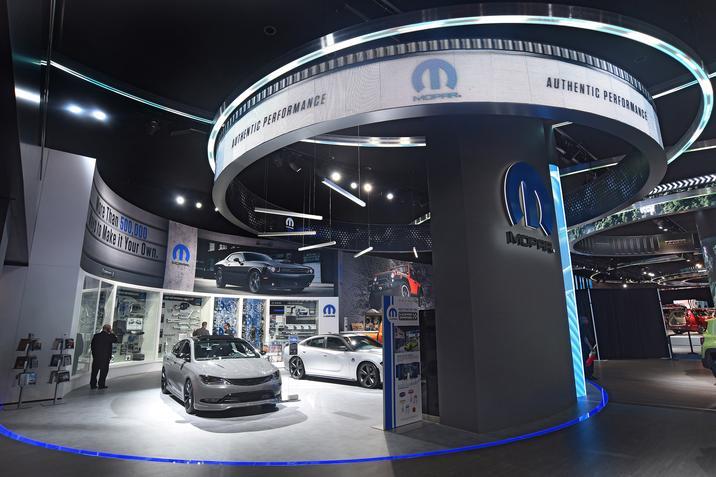 The four customized rides, previously displayed at the 2015 Specialty Equipment Market Association (SEMA) Show in Las Vegas, demonstrate how production and concept Mopar parts and accessories can be used to reimagine vehicles from any FCA US LLC brand.

“The modified rides on display in Detroit illustrate how owners can transform their vehicles by pulling from our vast catalog of Mopar parts and accessories,” said Pietro Gorlier, Head of Parts and Service (Mopar), FCA – Global. “Mopar has the products to help put a personal stamp on any vehicle, from an SUV to a compact crossover, sedan or a compact car.”

Mopar-modified vehicles at the 2016 NAIAS include the Jeep® Wrangler Red Rock Concept, outfitted with an array of Mopar and Jeep Performance Parts in tribute to the Red Rock 4-Wheelers off-road club that hosts the annual Easter Jeep Safari in Moab, Utah. The Ram Rebel X, a full-size pickup outfitted with a catalog of Mopar production parts and accessories, adds an exclamation point to the all-terrain credentials of the Ram 1500 Rebel.

For the Dodge Charger Deep Stage 3, Mopar injected up to 75 additional horsepower with the Mopar Scat Pack 3 Kit, and then for good measure bolted on a selection of production and concept Mopar products to create a completely original, performance-driven version of the world’s only four-door muscle car. The Chrysler 200S Mopar gives the mid-size sedan an “attitude adjustment,” thanks to a mixture of production and concept Mopar parts and accessories.

The Mopar brand motors into 2016 with momentum from a number of new initiatives and products introduced to assist FCA US LLC vehicle owners around the globe on every step of the customer journey.

Mopar will continue its commitment to introducing products to support owners of all FCA US LLC vehicles. The brand offers a comprehensive “web” of products to assist owners in customizing the all-newFiat 124 Spider, offering premium leather seat options, graphics packages, functional performance items and more to help make the Italian-inspired roadster truly unique. The brand also takes personalization possibilities to the “X-treme” for the all-new 2016 Fiat 500X, offering more than 100 Mopar accessories to personalize the latest addition to the FIAT lineup in North America.

Owners can also choose from a catalog of performance parts for the trail, the street and the strip.

Fresh off the 49th annual Easter Jeep® Safari and the trails of Moab, Utah, last spring, the Mopar brand highlighted its extensive portfolio ofJeep Performance Parts (JPP) available to arm off-roaders in pursuit of any path they choose.

Following the successful introduction of the Scat Pack 1 performance kit, Mopar now offers new Scat Pack 2 and Scat Pak 3 kits, helping more customers transform their vehicles from daily drivers into track-ready rides. Developed especially for the Dodge Challenger and Dodge Charger, the addition of a Scat Pack 2 kit provides as much as an additional 56 horsepower and 30 lb.-ft. of torque from the stock engine, while adding the Scat Pack 3 kit boosts the benefits to up to 75 more horsepower and 44 lb.-ft. of torque with this made-for-the-track upgrade.

For cold-weather confidence, Mopar has rolled out all-new winter wheel assemblies available for order for a variety of FCA US vehicles. Assemblies include a winter tire, steel rim and tire pressure monitoring system (TPMS), and are delivered mounted and balanced, so you or your dealership can quickly and easily pop off all-season rims and rubber and put on cold-weather appropriate gear.

The Mopar brand’s new “crystal ball” assists FCA US dealerships in preparing for and predicting the best strategies for enhancing the customer experience, both now and in the future. The Mopar Service Capacity Analyzer is a powerful new online tool that helps dealers to assess, plan and implement changes to the number of technicians, technician hours, stalls and much more to better service customers.

Among a number of unique programs from Mopar that further enhance the ownership experience are its redesigned and enhanced suite of FCA Owner apps, putting more resources than ever at owners’ fingertips with easier access to vehicle and lifestyle information.

Mopar: At the Strip

A pair of champions will team up and carry the Mopar banner on the quarter-mile in 2016, as back-to-back NHRA Pro Stock champ Erica Enders and five-time overall Pro Stock title winner Jeg Coughlin Jr. will lead the charge for the brand in the popular factory hot rod class.

In the NHRA Funny Car class, Mopar and Don Schumacher Racing (DSR) will continue one of the most successful and longest-running partnerships in the sport. DSR teammates Matt Hagan, Jack Beckman, Ron Capps and Tommy Johnson Jr. combined to place the new Dodge Charger R/T body that debuted in 2015 in the final round at all but one of 24 events during the 2015 season, amassing a total of 15 wins and placing all four Mopar cars in the top five of the standings. Two-time NHRA Funny Car champ Hagan will once again pilot the flagship Mopar Express Lane Dodge Charger R/T Funny Car.

In the NHRA Sportsman ranks, the new Mopar Dodge Challenger Drag Pak, launched in 2015, will be hitting drag strips across the country. Racers have the option of the brand’s first-ever offering of a supercharged 354-cubic-inch Gen III HEMI® engine or a naturally aspirated 426-cubic-inch Gen III HEMI engine. Pricing is cubic-inch appropriate, with a manufacturer’s suggested retail price (MSRP) of $99,426 for the naturally aspirated 426 version and $109,354 for the 354 supercharged race car.

Mopar (a simple contraction of the words MOtor and PARts) was trademarked in 1937 with the launch of an antifreeze product, but it truly made its mark in the 1960s during the muscle-car era. From Mopar Performance Parts to enhance speed and handling for both road and racing use, the brand soon expanded to include technical service and customer support.

Mopar parts are engineered together with the same teams that create factory-authorized specifications for FCA vehicles. This offers a direct connection that no other aftermarket parts company can provide. 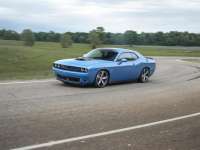 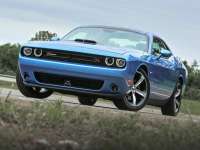 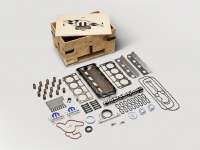 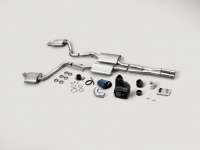 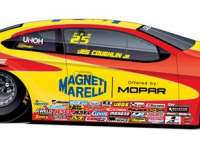 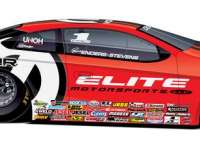 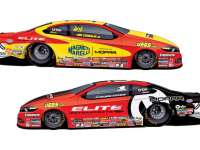 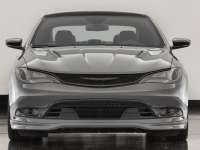 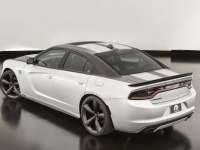 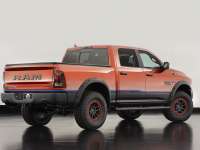 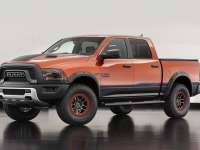 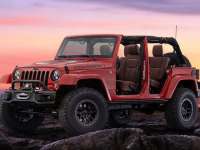 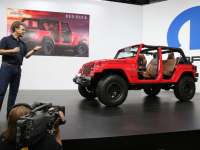