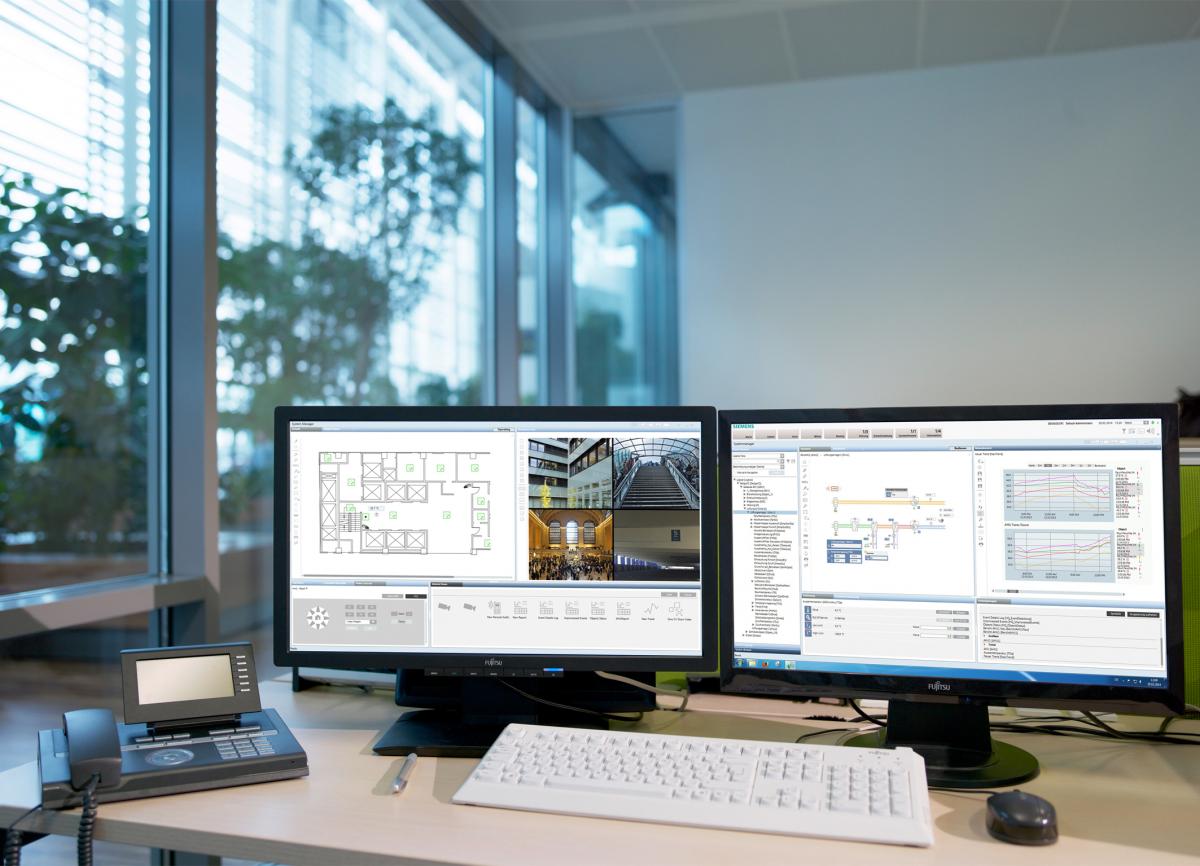 Under the motto "Make your building more livable," Siemens will show at the light+building trade fair from March 13 to 18, 2016 how commercial buildings can be comfortable while also offering economical operation.

Under the motto "Make your building more livable," Siemens will show at the light+building trade fair from March 13 to 18, 2016 how commercial buildings can be comfortable while also offering economical operation.

One of the highlights will be the new version of the Desigo CC building management platform. With its enhanced interfaces and communication protocols, Desigo CC is now able to integrate and centrally manage even more disciplines, making building technologies more transparent and efficient than ever. In addition, new applications and functions allow Desigo CC to be used in even more areas and simplify the operation of building systems.

The circuit breaker can transmit status messages and measured data directly to Desigo CC, allowing users and others to read the current energy demand of different loads within the building and respond faster when unusual changes occur.

Another new feature is the interface to the Simatic S7 industrial automation system for data exchange with production. This allows ventilation around heat-generating machines to be controlled based on demand. "The new interfaces and functions help customers digitalize all the data in their building so it can be controlled centrally. This allows them to achieve energy-efficient and safe building operation," said Christian Schreibweis, Desigo CC rollout manager at Siemens in Frankfurt.

In terms of system functions, the new version of Desigo CC offers improved ease of use. To ensure quick and intuitive operation, the navigation is now similar to what is found in common operating systems. Mobile users have the option of accessing Desigo CC from an app for smartphones and tablets and are notified through event messages and alarms, for example when the heating fails.

The new version of Desigo CC offers enhanced IT security. All clients and servers use encrypted communication and support trust center certificates issued by Verisign and Symantec. The platform can be integrated into a demilitarized zone – a specially protected standalone network – and works with all common firewalls. In conjunction with access rights defined for each user based on role and responsibility, Desigo CC offers maximum security for all the data collected in a building.