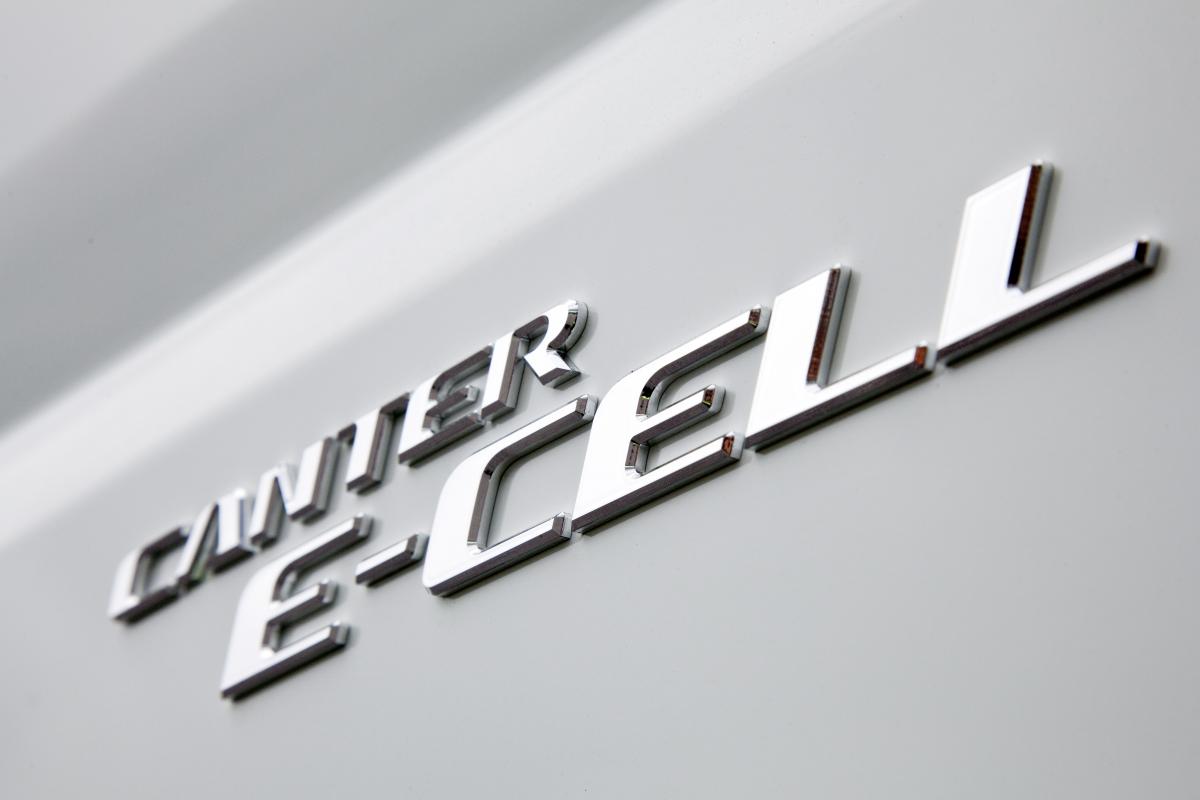 Today sees the launch in Germany of the first fleet test with zero-emission battery-operated trucks.

Today sees the launch in Germany of the first fleet test with zero-emission battery-operated trucks.

To this end, the Fuso brand of Daimler Trucks, the world's leading truck manufacturer, is cooperating with the Municipality of Stuttgart and the logistics company Hermes.

The Municipality of Stuttgart will test four six tonne Fuso Canter E-Cell over a period of twelve months in a tough everyday working environment. Two vehicles with hydraulic tipper bodies will be used in road construction and landscaping. The other two Canter E-Cell with box bodies are scheduled for municipal furniture transport and waste bin delivery tasks.

The logistics company Hermes is also participating in this one-year zero-emissions fleet test. The firm will use the Canter E-Cell for urban parcel deliveries. An important test partner of Mercedes-Benz since as far back as the 1990s in the area of alternative drives, Hermes has more recently provided assistance in connection with, for example, the testing of the Vito E-Cell on parcel delivery routes in Berlin and Hamburg. Hermes aims by 2020 to halven the CO2 emissions of its fleet. Hermes has already switched to all-electric deliveries in the centre of London and is also taking part in notable pilot projects in Germany.

Dr. Bernhard said at the ceremony: "Today's internal combustion engine is highly efficient, eco-friendly and, above all, clean – and will long remain without alternative in long-distance transport. The situation is different when it comes to urban short-radius distribution, where a switch to electric trucks will be a technical and economic possibility within a few years' time. In this way, we are making a small yet important contribution to urban mobility in Stuttgart. Daimler Trucks is at the forefront of this process – and is today, together with the Municipality of Stuttgart and Hermes, taking a key step towards market maturity."

For Stuttgart's Lord Mayor, Fritz Kuhn, the use of the four Canter E-Cell is an important test of emission-free light-duty trucks in urban transport: "Sustainable mobility is a key issue for cities and electric mobility is an important element. This is where the Municipality of Stuttgart is showing the way. We've decided to make a change to our fleet: all new cars purchased by the Municipality will be electric. I think this sends out a very strong signal. So we're also very happy to test the four Canter E-Cell in day-to-day city traffic."

"Daimler and Hermes are united by a long tradition in the promotion of alternative drives," explained Dirk Rahn, Managing Director Operations at Hermes Logistics Group Germany. "As a pioneer in the industry, we were among the first in the 1990s to test the early electric vehicles under real-world conditions. We are similarly proud today to be using the new electric 6-tonne truck for our parcel deliveries. The project is part of our long-term climate protection programme, under which we intend to systematically halve the CO2 emissions of our fleet by 2020. We are very pleased to have found, in Mercedes, a renowned partner for this project."

Fuso gathered initial experience with fully electric Canters in Portugal in 2015. The Canter E-Cell proved a great success in this fleet test involving eight vehicles. It was used not only by courier and freight-forwarding companies, but also by local authorities and urban horticultural businesses. The batteries took around seven hours to charge at a 230 volt / 32 ampere power point, while the time dropped to just one hour when using a fast-charging system (390 V/100 A).

The results of this one-year practical trial show that the vehicles stood the test of daily use in short-distance delivery and urban transport. With a range of over 100 kilometres, the Canter E-Cell vehicles exceeded the average distance that many trucks used in light-duty short-radius distribution cover each day. Based on the current cost of diesel and electricity in Portugal, the trial also produced savings in operating costs of up to 64 percent compared with a conventional diesel truck.

Marc Llistosella is firmly convinced that the German fleet test with the Canter E-Cell will confirm the results from Portugal: "Even though Germany presents different climatic conditions, with the Municipality of Stuttgart posing a topographical challenge owing to its location in a basin, even this is a task the Canter E-Cell will master based on our past experience. It will also demonstrate that it is not just environment-friendly, but also economical in operation. In the trial in Portugal, it achieved savings of around 1000 euros per 10 000 kilometres in comparison with a diesel-engined truck. This helps us to spell out Fuso's leading role in the field of electrically operated commercial vehicles."

At the same time, the development of this drive technology is progressing. Fuso is already working on the next generation of the Canter E-Cell – with the firm goal of making it even more suitable for everyday use and more economical.

Fuso is the leading manufacturer of partially electric light-duty trucks. Thus, some 3000 Fuso Canter Eco Hybrids are in service around the world. The handling strategy for the Canter Eco Hybrid is based on the vehicle starting up and moving off in quiet, electric mode. Then, at a speed of around 10 km/h, the diesel engine cuts in. Below this speed, it also runs at idle to supply power to the ancillary assemblies. Another strength of the Canter Eco Hybrid is its load-carrying capacity. The extra weight of all the hybrid components amounts to merely around 150 kg. This means that the load capacity of the 7.5-tonne model as a chassis with cab comes to 4.8 t.

With over 40 years of experience, Fuso developed the battery-electric, locally emission-free Canter E-Cell at Daimler Trucks' Hybrid Competence Centre in Kawasaki, the prototype being unveiled at the German International Motor Show for Commercial Vehicles in 2010. The current test fleet was manufactured on a prototype production line at the Fuso plant in Tramagal, Portugal.

On the outside, the only difference between the Fuso Canter E-Cell and its diesel-engined or diesel-electric powered counterparts is the battery packs, which are mounted on either side of the frame and together weigh 600 kilograms. An electric powertrain takes the place of the three-litre diesel engine behind the unchanged Canter cab. The permanent-magnet motor delivers 110 kW (150 hp) of power to the rear axle via a single-speed transmission.

The chassis frame is approved for a total weight of six tonnes. The 3400-millimetre wheelbase offers space for bodies up to five metres in length, the weight of which must be subtracted from the three-tonne chassis load-bearing capacity. The then remaining payload of just over two tonnes is more than adequate for most urban short-radius distribution tasks.

Acceleration on a par with a passenger car

Available from the very first second of operation, a torque of 650 Newton-metres gives the six-tonne truck almost the same acceleration as a passenger car. As with all vehicles in this weight class, the top speed of the Canter E-Cell is limited to 90 km/h.

When the driver comes off the accelerator, the electronics switch to energy recovery mode, the degree of which can be set to two different levels on the right-hand steering column stalk. The electric motor then becomes a generator, feeding the braking energy generated during the rolling phase back to the lithium-ion batteries on the frame. Drivers who regularly use energy recovery in the Canter E-Cell can achieve a range of more than 100 kilometres on one "tank fill".

To prevent the Canter E-Cell's silent operation from creating a hazard, the truck is fitted with the acoustic VSP warning system (vehicle sound for pedestrians), which can be activated at the press of a button. It produces a clearly audible, yet not too loud buzzing sound. This makes the E-Cell ideally suited for use in noise restriction zones at night or in the very early hours of the morning.

The Canter E-Cell was built in Tramagal on a separate production line for prototype models. Since 2011, Daimler has invested around 27 million euros in state-of-the-art production facilities at a plant that celebrated its 50th anniversary the year before last. The Tramagal plant, some 150 kilometres north-east of Lisbon, occupies an area of 39 900 square metres and is part of the global integrated production network of Daimler Trucks. More than 300 employees produce Fuso Canter trucks for about 30 European countries as well as for Israel, Morocco and Turkey. Almost 95 percent of vehicles are sent for export.

Fuso offers the Canter as a light-duty truck with a choice of three state-of-the-art powertrains: the Canter with an economical diesel engine certified to the current Euro VI and Euro 5b+ emissions standards, the Canter Eco Hybrid with hybrid drive and now – still undergoing customer field trials – the Canter E-Cell with battery-electric drive.

The company's headquarters and main production plant of Daimler Trucks Asia are located in Kawasaki near Tokyo. The second plant is located in Chennai, India. There BharatBenz and Fuso trucks are produced. The plants in Kawasaki and Chennai produce about 170 000 Fuso and BharatBenz trucks and buses each year for the Japanese and Indian market as well as for export in more than 150 countries. Consequently, Daimler Trucks Asia accounts for more than 30 percent of Daimler's global truck sales. The Fuso brand is the best-selling truck brand of the Daimler Group. 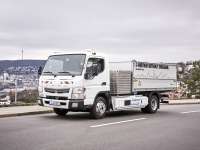 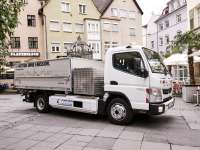 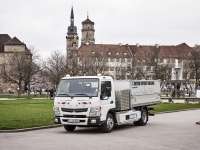 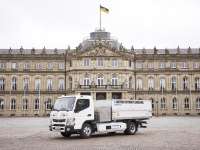 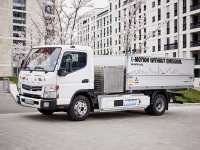 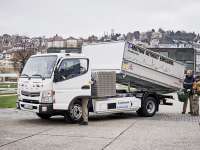 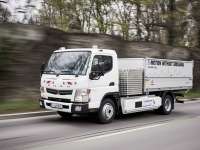 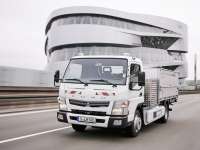 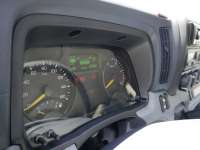 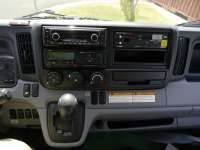 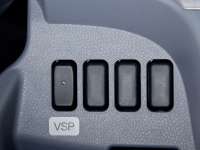 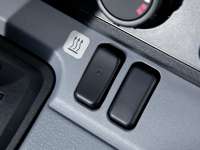 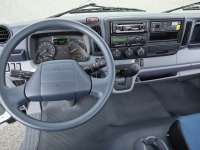 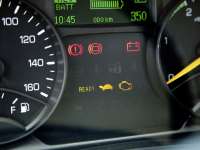 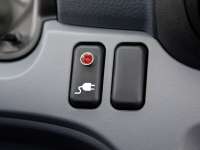 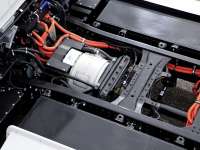 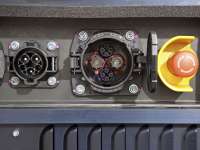 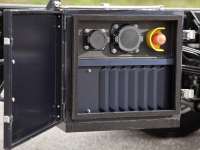 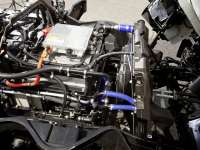