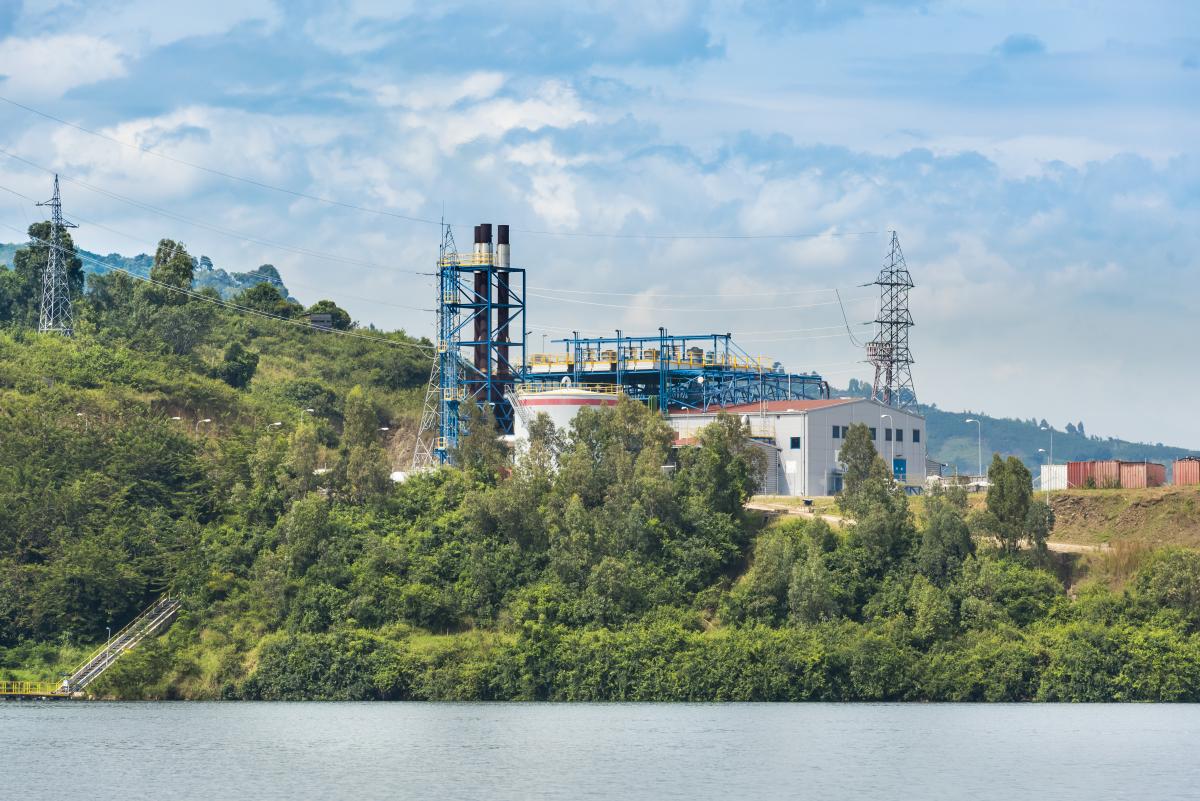 The inauguration of KivuWatt, a 25 MW Smart Power Generation power plant supplied by Wärtsilä, took place in Kibuye, Rwanda on Monday 16 May.

The inauguration of KivuWatt, a 25 MW Smart Power Generation power plant supplied by Wärtsilä, took place in Kibuye, Rwanda on Monday 16 May.

The plant is powered by three Wärtsilä 34SG engines running on methane gas that is lifted from the depths of Lake Kivu. The ceremony was hosted by the owner of the power plant, ContourGlobal, and the plant was inaugurated by Rwanda’s President, Mr Paul Kagame.

“This project will significantly enhance the energy supply of the country, while improving the safety of the millions of people living on the shores of Lake Kivu,” said Joseph C. Brandt, CEO of ContourGlobal.

Lake Kivu has been known as the “killer lake” due to the large amounts of methane gas trapped under a layer of heavy water washed out of the nearby volcanoes. When the gas concentration gets too high, or the lake is hit by one of the region’s regular earthquakes, the gas can be set free. This poses a threat to the people living in the vicinity.

The methane is lifted from a depth of 300 metres by a special barge anchored 13 kilometres off-shore. The gas is purified on the barge and transported to the shore through an underwater pipeline. The gas is then used in the engines of the power plant, providing low-cost renewable energy to the local community and to the country.

Wärtsilä was contracted to supply the Smart Power Generation plant with a full engineering, procurement and construction (EPC) delivery in 2011. The plant has been operational and running on the extracted methane since December 2015. Currently ContourGlobal is preparing to extend the plant with one more Wärtsilä 34SG engine.

The Wärtsilä 34SG engine offers the highest simple cycle efficiency in the market, showing no derating at the altitude of 1500 metres. The engines are optimised to run on Lake Kivu’s gases that have a lower heating value than normal natural gas. This has helped to downsize the size of the extracting barge and optimise the costs of producing electricity. Wärtsilä has previously delivered two other EPC projects to ContourGlobal in Africa: a 100 MW plant in Togo, and a 53 MW plant in Senegal. The Senegal project currently has a 32 MW extension under construction.

Wärtsilä’s installed capacity in Rwanda is now 46 MW, which is approximately 50 percent of the country’s available power generation capacity. In Africa, Wärtsilä’s installed base is 6500 MW in 46 countries. The majority of the projects are based on EPC and include full operations and maintenance contract.