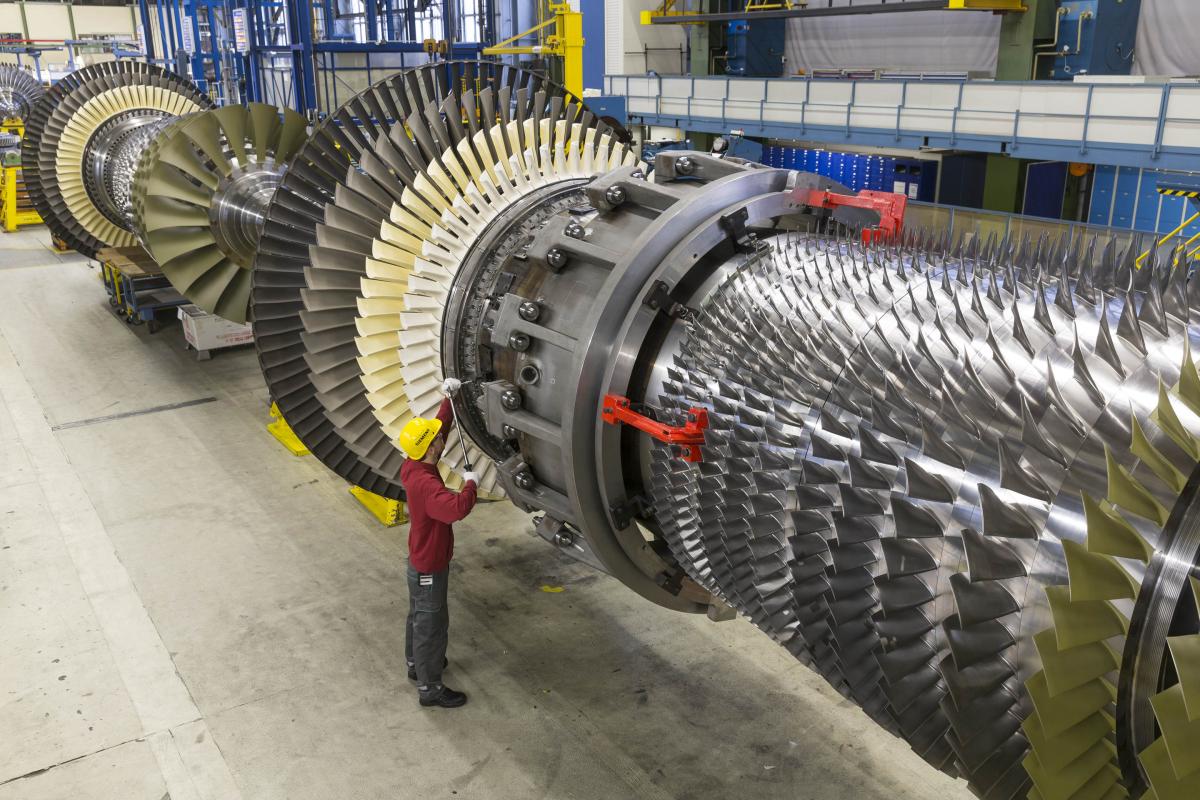 There are currently 19 turbines in the SGT-8000H series in commercial operation, and they are setting the standard for efficiency, reliability, and availability. Siemens has sold a total of 76 H-class gas turbines worldwide to date: This makes it the most successful gas turbine in this efficiency category on today's world market.

Since introducing this turbine onto the market in 2010, Siemens has sold 39 of the turbines on the 50-Hertz (Hz) market worldwide. The largest single order to date for the SGT5-8000H turbine has come from Egypt, where a total of 24 H-class engines are being installed in the Beni Suef, Burullus, and New Capital power plant projects. Siemens has also sold 37 turbines worldwide on the 60-Hz market.

The most recent order for two H-class turbines came from Mexico in January 2016 for the CFE Empalme II combined cycle plant. The SGT-8000H turbines are manufactured in Berlin, Germany, and Charlotte, U.S. and shipped from these locations to sites around the globe.

The first SGT5-8000H gas turbine entered commercial operation in 2011 in Irsching near Ingolstadt, Germany, with the next SGT6-8000H units for the 60-Hz market following in 2013 at the Cape Canaveral power plant in Florida, U.S. and the Dangjin 3 plant in South Korea. Siemens is investing its expertise acquired from 200,000 operating hours, or roughly 23 years of operation, in the continuous development of the H-class machines.

"The SGT-8000H achieves a very high degree of efficiency and is marked by short startup times and fast load-changing capabilities," said Theo Maas, head of Large Gas Turbines and Generators in the Siemens Power and Gas Division. "The turbines have proven themselves extensively in daily power plant operation after more than 200,000 hours of operation: The reliability of the SGT-8000H fleet is over 99 percent, and availability is over 96 percent."

Combined cycle power plants equipped with SGT-8000H gas turbines achieve an efficiency level of over 60 percent. The Lausward combined cycle plant at the Düsseldorf port has set three new world records at once: The power plant with the SGT5-8000H gas turbine as its key component achieved a net efficiency level of about 61.5 percent, with a maximum net electrical generating capacity of 603.8 megawatts (MW).

The plant is also able to provide 300 MW(th) of heat for the city of Düsseldorf's district heating network. The installation of an H-class gas turbine in this kind of combined heat and power plant (CHP) has proven to be one of the most efficient ways to convert fuel into usable energy. The high fuel efficiency of the plant plays an important role in meeting economic requirements and reducing the environmental impact.