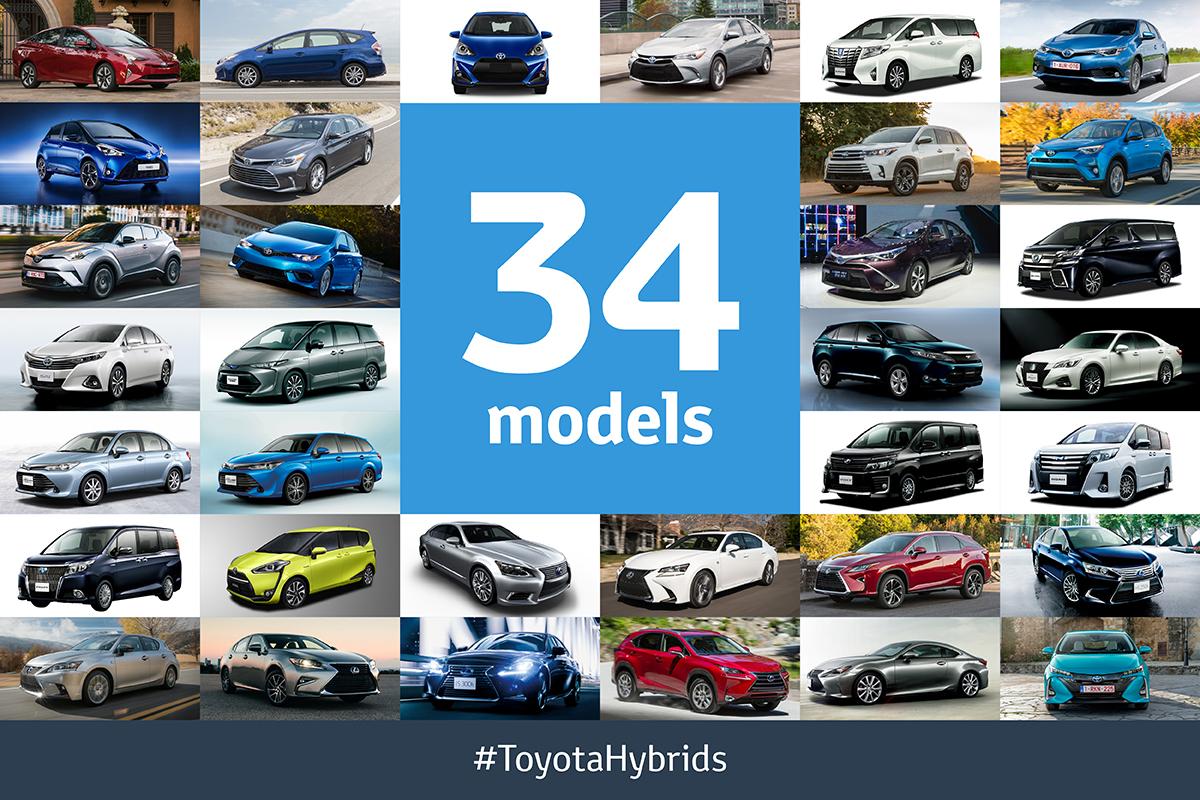 Toyota announced today that it has achieved more than 10 million cumulative units of hybrid vehicle (HV) sales, including plug-in hybrids, as of January 31.

Toyota announced today that it has achieved more than 10 million cumulative units of hybrid vehicle (HV) sales, including plug-in hybrids, as of January 31.

The latest milestone was achieved just nine months after total sales reached 9 million units at the end of April 2016.

“The Prius stands as an icon for sustainability and efficiency, and is a shining example of what you can achieve when you have the right idea to help solve a problem,” said Bob Carter, senior vice president of automotive operations for Toyota Motor North America. “Hybrids remain an important part of our lineup of vehicles, with over 246,000 units sold last year, and we have seen continued demand with the release of the RAV4 Hybrid variant of the popular compact SUV, accounting for nearly 13 percent of its total sales volume in 2016.”

Takeshi Uchiyamada, known as the father of the Prius and co-chairman of the Board of Directors at Toyota said, “When we launched Prius, no one even knew what a hybrid was, but, thanks to early adopters, hybrids have ridden a wave of success into the mainstream.” He added, “We are grateful to each and every one of our customers who have helped us achieve this important [global] milestone.”

As of January 31, Toyota estimates that the use of Toyota’s hybrid vehicles, as an alternative to conventional gasoline-powered vehicles of similar size and driving performance has resulted in approximately 77 million fewer tons of CO2 emissions and has saved approximately 7.66 million gallons of gasoline (29 million kiloliters).

More than a numerical milestone, the results demonstrate the staying power of hybrid powertrain technology, which has emerged as a mainstream solution to help reduce greenhouse gas emissions and other pollutants. Toyota values activities to help reduce the environmental effects of automobiles.  This achievement builds on the belief that widespread adoption of more environmentally-friendly vehicles can make a significant positive impact worldwide.