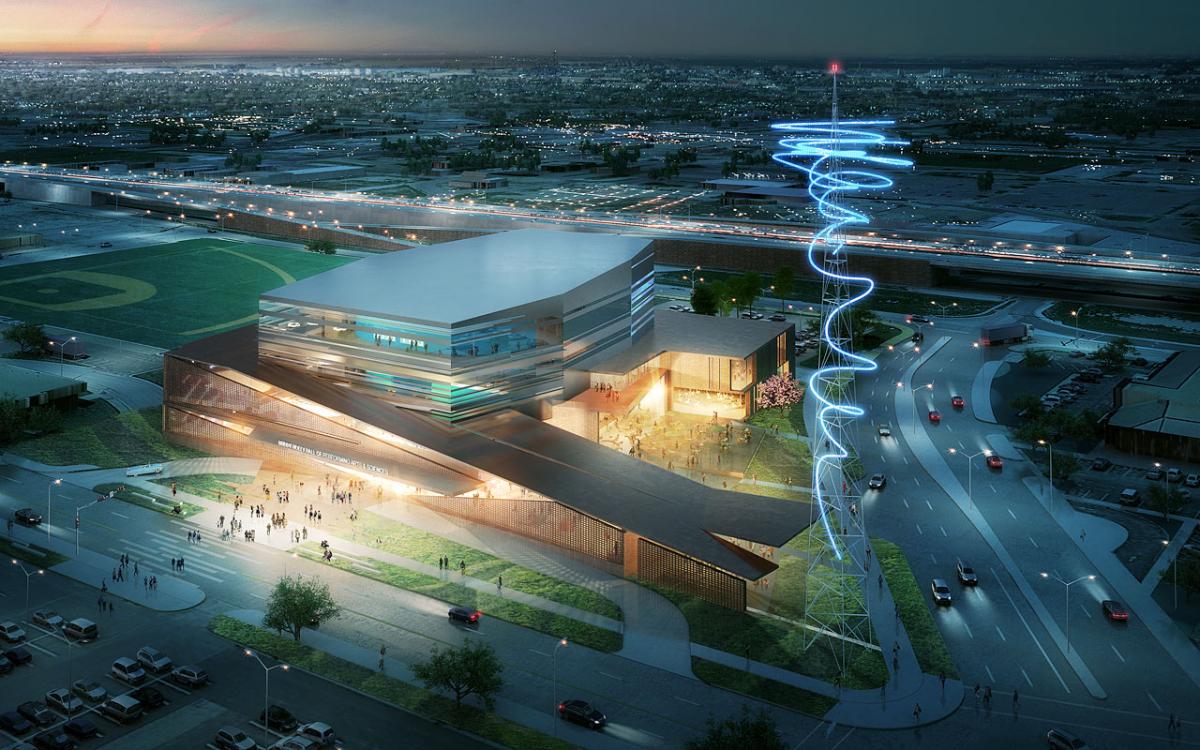 Design details from Diamond Schmitt Architects have been released for The Buddy Holly Hall of Performing Arts and Sciences.

Design details from Diamond Schmitt Architects have been released for The Buddy Holly Hall of Performing Arts and Sciences.

The arts complex will be built in Lubbock, Texas, birthplace of the legendary 1950s pop star whose brief career influenced generations of musicians and fans.

The multi-purpose nature of the venue will allow for a wide range of activity, from opera, Broadway shows and symphonic music, to rock concerts, conferences and social events. In addition to local performing arts groups and touring shows, the facility will house Ballet Lubbock with its own rehearsal and performance space and provide access to the Lubbock Independent School District as a learning centre.

“The aim for Lubbock is to create a performing arts centre as good acoustically, as welcoming to the public, and as attractive to performers to be among the best halls in North America,” said Jack Diamond, Principal, with Toronto-based Diamond Schmitt Architects.

Inspired by and in the spirit of Lubbock, West Texas, and the South Plains, Buddy Holly Hall will feature a 2,200-seat main theatre, an additional 400-seat theatre, a 5,000-square-foot multi-purpose room and a 22,000-square-foot Dance Centre.

“Our goal is to have this venue feel great for all types of performers and audiences – whether they are in jeans and hats or ball gowns,” said Matthew Lella, Principal, Diamond Schmitt. To achieve this versatility, the floor of the main auditorium can have raked seating or be flat for a standing audience, either below or in line with the stage. The hall will have top-tier natural acoustics for a large symphony orchestra as well as cutting-edge amplified sound for touring bands and shows.

Ample public space in the lobby with its feature helical stair and amenities including a bistro café will make Buddy Holly Hall a community living room active throughout the day in addition to evening performances. The central volume of the structure conceals the fly tower and is framed by a roofline of swooping planes with cascading columns that establish a strong visual identity and create a welcoming entrance.

A dynamic light sculpture will animate an adjacent 200-foot-high telecommunications tower and be a marker for the new performing arts centre as well as a symbol of renewal for Lubbock that will be visible from a great distance.

The Lubbock Entertainment and Performing Arts Association (LEPAA), which is developing the project, is well on its way to achieving its $146-million fundraising target, having raised $81-million to date. The facility will be fully funded through private donations. “Buddy Holly Hall will be a beacon for progress and downtown revitalization for Lubbock and the South Plains,” said Tim Collins. LEPAA’s chairman. “The venue is a hub that brings together people of all ages to experience world-class art in a world-class facility.” 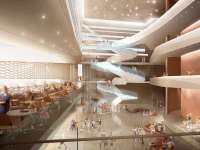 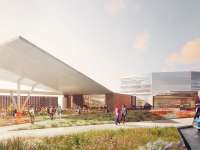 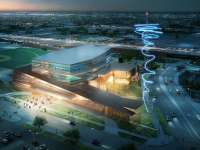 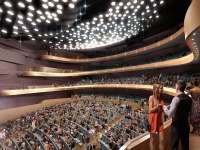 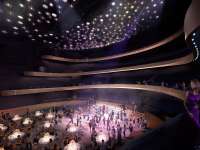