The future of air travel

The future of air travel

10 factors impacting the next wave of airport design in 2016.

10 factors impacting the next wave of airport design in 2016.

Commercial air travel is widely accessible, more frequented than ever, and by ever growing numbers, but the minimum infrastructure requirements of many of our North American airports are nearing obsolescence or non-existent.

Decades have passed since our glory days of pioneering air travel; pushing the envelope of aircraft engineering and assembly; and iconic airport design – America’s iconic mid-century airport terminals were architectural marvels of this celebrated era. Catching up in terms of aviation design, technology, and facilities represents both a massive challenge and opportunity for architects, designers, and engineers.

Creating the airports of the future will require a tremendous investment in time, money, space and thoughtful design. Design will be key, not only to the passenger experience but to return on investment for airport owner/operators and their airport business partners. New airports for our major markets will require multi-year or multi-decade master plans worth billions of dollars.

The window of opportunity is open to us now and the improvements can’t come swiftly enough. The International Air Transport Association predicts global passenger numbers will reach 7.3 billion by 2034, more than double the 3.3 billion of 2014. How do we regain our glory and compete on the world stage? Any combination of the following ten factors impacting the next generation in air travel and airport design is a good place to start.

Conspicuous sustainable elements such as wind turbines aren’t generally feasible in airport design, but the possibilities are continually expanding. Take green roofs, for example. Previously unthinkable for safety reasons as they attract birds, green roofs have been successful implemented on aviation facilities such as the FedEx Express at Chicago O’Hare International Airport with its three football fields worth of vegetation.

In updating North America’s airports, sustainable design will include a serious investigation of the sourcing, deconstruction, and reuse of aging structures. The current wave of airports debuting internationally features imaginative and large-scale approaches to sustainability such as natural ventilation, rainwater collection, solar panels, and light harvesting.

Brace yourself, it’s already begun. In the near future, airports won’t simply be functional spaces to pass through as quickly as humanly possible, they will be a distinct part of the travel and vacation experience. Airports will be uplifting and inspiring with design that sets a pleasurable tone for a traveler.

They’ll need to do this to continue to generate revenue. According to the FAA, U.S. airports generated $7.56 billion in non-aeronautical revenue, or 44.8% of total operating revenue in 2012. This percentage is very likely to increase as 90% of us shop, eat, and dine while we’re at an airport. Owners and operators will increasingly look at airports as hubs where food, beverage, retail, and services–even entertainment–are the draws.

Increasingly, airports are finding that appealing to non-travelers is also essential to a healthy bottom line. Travelers will find that virtual concierges and showrooms offering home delivery will make airport shopping even easier and more enjoyable. Taking this destination concept even further, airports will feature their own landside facilities such as office parks, hotels, and hospitality—take the beer gardens at the Munich Airport Center Forum, for example—making fly-in for a day of face-to-face meetings nearly hassle free and possibly even enjoyable.

The aviation industry will look at the experiences of both the departing and arriving passengers and figure out new ways to surprise and delight the traveling public. Can we take care of baggage earlier in the check-in process? How can we ensure travelers a warm & safe welcome? How do we anticipate the needs and purpose for traveling? We know that the reputation of an airport, its city and country as a destination, is established in these crucial initial impressions and that the better the experience the more likely the traveler is to return.

Bold new aircraft designs are anticipated from the world’s aviation manufacturers; they will almost certainly demand new fueling, processing, and sequencing requirements at airports. Phasing in these new aircraft at our airports poses a continual challenge to designers, planners, and owner/operators.

Movement within airports will increasingly be a natural, self-guided experience with the introduction of automated technology. Biometric scanning, self-service check-in, and digital boarding via mobile technology are among the technical innovations arriving at our airports.

Much like boarding the tube in London, passengers can already scan their own boarding passes at some European airports with automated turnstiles. Self-service biometric passport gates that use facial recognition technology are also seeing good use. Smart tablets can help with check-in, baggage collection, and airport navigation. Industry publication Skyscanner agrees that technology will ultimately empower and benefit travelers. Automated and self-service processes will reduce the lost time travelers spend in queues.

Travelers are often daunted and frustrated by the inconsistency of security measures across various airports. International designers will need to work closely with automated technology experts to help airlines control costs and promote efficient movement, while government agencies continue to ensure consistency and accuracy in security measures, as well as inclusiveness.

Airports will connect with all forms of onward transportation (car park, taxi, train, and bus) more seamlessly than ever. The superfast maglev Shanghai Transrapid train (SMT), for example, connects to Pudong International Airport.

Longer walking distances in airports are a direct result of the increasing size of aircraft and, of course, the larger terminals they require. In addition to the appropriate use of automation, good airport design will find ways to shorten the perception of these distances. "In the near future, airports won’t simply be functional spaces to pass through as quickly as humanly possible, they will be a distinct part of the travel and vacation experience."

Yes, that’s right, expect more “poetry” in the commercial air travel experience. As airport designers, we often make a choice between creating surprise and delight vs. delivering a calm and reassuring environment for our passengers. We will need to do both. But to make airports speak to the next generation and beyond, they’ll need to do far more. Airports will embrace regional differences to create places that tell a story and distinguish themselves—as at the Airbus-influenced Toulouse-Blagnac airport in France.

The mid-century romance and sense of adventure once associated with air travel will be reinvented with luxury lounges and engaging public spaces.

Luckily for us, there’s no off-the-shelf solution to the challenges facing the future of air travel. Airport designers will need to learn quickly from the successes and failures of the current generation of air travel design. Only one thing is for sure, the airport of the future will be like nothing we’ve experienced before. 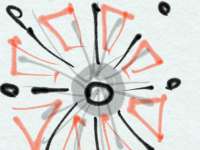 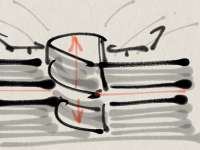