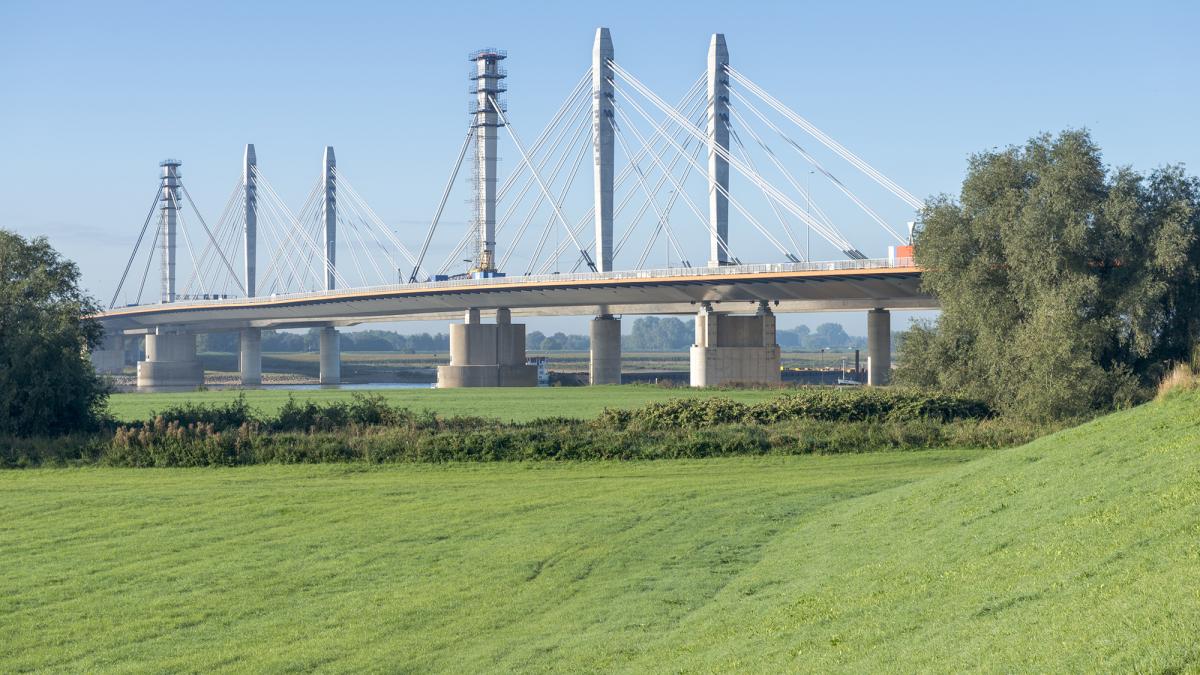 This week the Managing Contractor, a joint venture of Royal HaskoningDHV and Arup, handed the fully renovated Tacitus Bridge over to the national transport authority Rijkswaterstaat. The renovation of this bridge near Ewijk (The Netherlands) has been officially fully completed.

This week the Managing Contractor, a joint venture of Royal HaskoningDHV and Arup, handed the fully renovated Tacitus Bridge over to the national transport authority Rijkswaterstaat. The renovation of this bridge near Ewijk (The Netherlands) has been officially fully completed.

With a length of more than one kilometer, the suspension bridge in the A50 near Ewijk is a key project because of the strategic location in the Dutch road network. The renovation has significantly improved the traffic safety, the traffic flow and accessibility of the region. Additionally, the life span of the bridge has been prolonged for at least 30 years.

The renovation of the 40 years old suspension bridge over the Waal river, was necessary due to the increased traffic weight and intensity of the A50. This led to premature fatigue of the steel deck. The four suspension cables, with the largest tensile force in the world, where successfully in succession replaced. This remarkable operation, without extra support of the deck, had not been done before. In preparation the joint venture of RoyalHaskoningDHV and Arup executed a detailed step-by-step computer simulation, which enabled a safe replacement of the cables. In addition, all bearings were replaced by the strongest compression-tension bearings in the world, the bridge was raised 1,2 m and a new coating applied on the inside and outside. In the last phase the High Strength Concrete overlay was applied to the deck, which solved the steel decks’ fatigue.

Since 2013 the traffic between the junctions of Ewijk and Valburg was merged to three lanes in both directions on the new bridge over the Waal river, making it possible to renovate the old traffic-free bridge without hindrance to the users of the road.

Commissioned by Rijkswaterstaat, the activities of the Tacitus Bridge are part of a program, in which eight steel bridges at strategic locations in the road network are renovated instead of replaced, in order to extend the life cycle by at least 30 years. The joint venture of Royal HaskoningDHV and Arup is responsible for inspections, analyses and the design of the renovations. Part of the activities are selecting the contractor and supervision of the execution.

This program contains the renovation of the Muider Bridge, the Arch Bridge Beek, the Scharberg Bridge, the Kreekrak Bridge, the Galecopper Bridge and the Tacitus Bridge (these six bridges are already completed) as well as the Suurhoff Bridge and the Van Brienenoord Bridge.