Execution of the complex infrastructure project is on the way

Execution of the complex infrastructure project is on the way 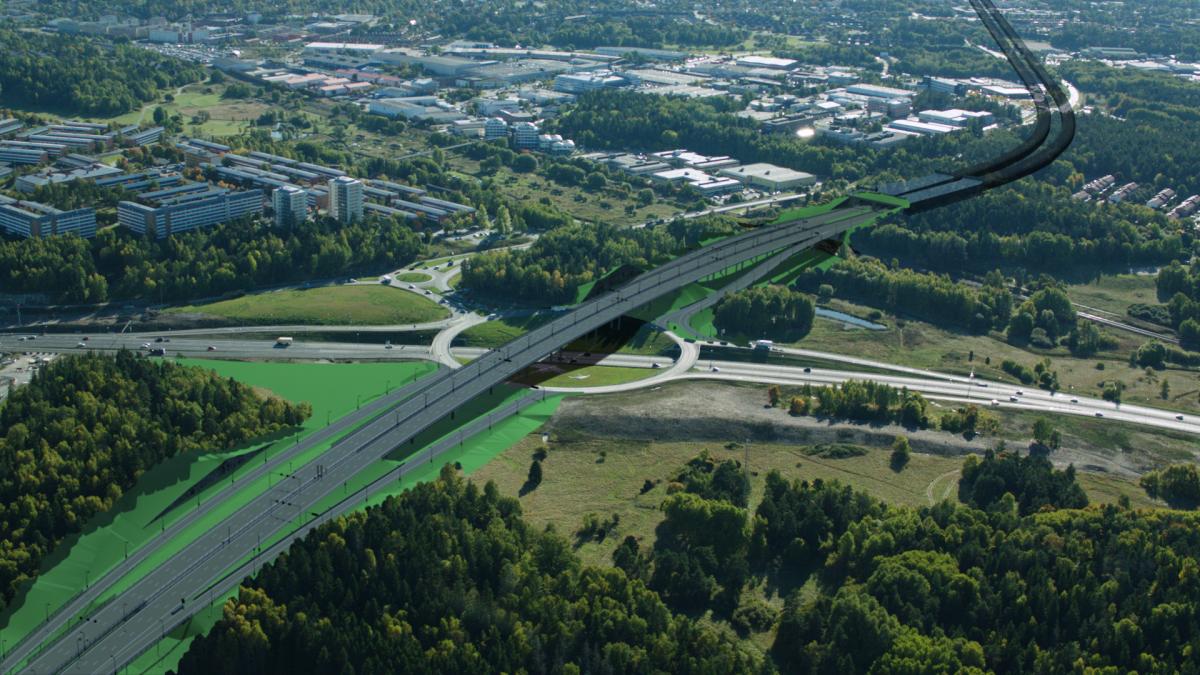 Implenia has secured the contract for another section of Stockholm’s Förbifart bypass.

Implenia has secured the contract for another section of Stockholm’s Förbifart bypass.

The two companies are building the motorway junction as equal partners. The project is located close to the Johannelund tunnel (Lot FSE 403) and the Lunda tunnel (Lot FSE 410), which also form part of the by-pass and which are being built by Implenia alone. The consortium will be building approximately one kilometre of motorway, including two 650 metre road bridges. The location of the bridges presents the on-site team with some special challenges.

Both bridges cross the busy E18 road, as well as the Mälarbanan railway tracks, which are being expanded during the construction period, and the Bällstaån river. It is a complex infrastructure project that also includes access ramps, another 70 metre-long bridge, a 200 metre tunnel, blower stations, storm water attenuation tanks and roadworks. The job, worth around SEK 740 million (around CHF 80 Mio.), starts in February 2017 and should take around five years to complete.

“We are proud to have won the bid for this lot together with our partner Veidekke. Both Veidekke and Implenia have extensive experience in the realisation of complex infrastructure buildings - an optimal starting point for an exciting and successful cooperation,” said Fredrik Björckebaum, Managing Director of Implenia Sweden, as the contract was signed.