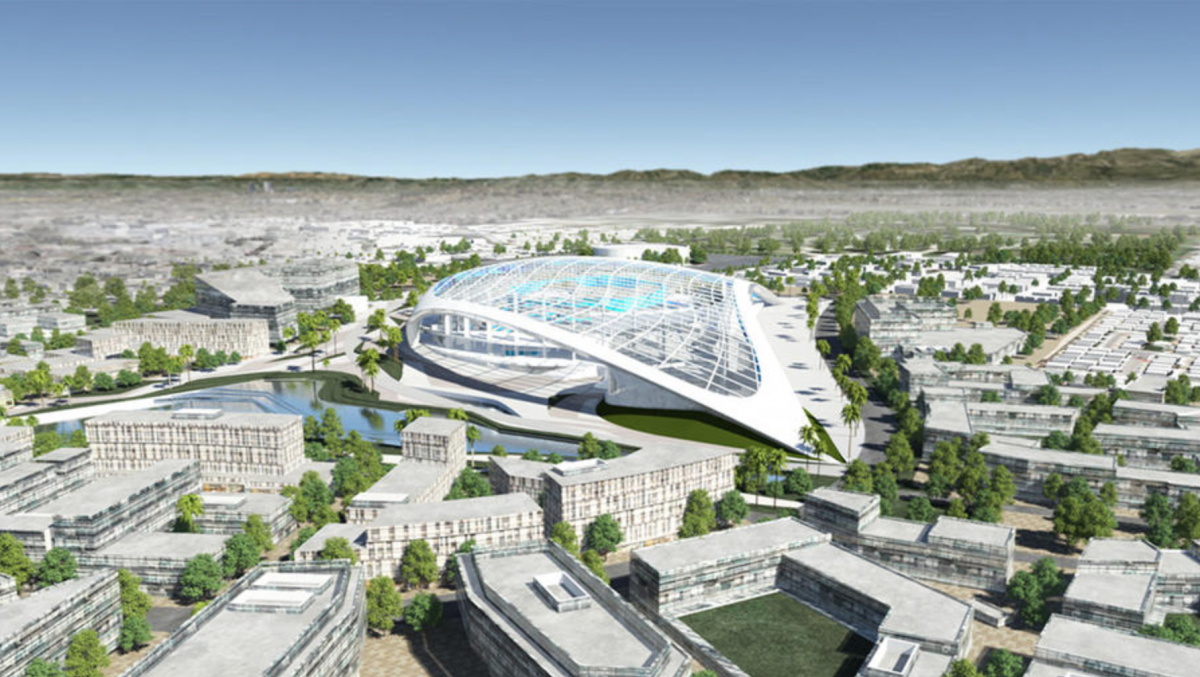 NFL owners voted to approve the NFL Rams Football Club to return to Los Angeles starting with the 2016 NFL season.

NFL owners voted to approve the NFL Rams Football Club to return to Los Angeles starting with the 2016 NFL season.

The 3.1 million-square-foot multipurpose venue — located at the site of the previous Hollywood Park Race Track — is being designed by HKS Sports & Entertainment Group. The Rams’ new home will be an iconic structure and cornerstone of the 298-acre NFL entertainment and multiuse district.

“From our initial conversations with Mr. Kroenke and his staff, we knew this project was going to be a very special place that will change the face of sports and entertainment venues as we know them,” says Mark Williams, AIA, LEED AP BD+C, principal, HKS Sports and Entertainment Group.

The unique climate, characteristics and culture of Southern California and Los Angeles are the foundation of the stadium’s design. As a necessity for year-round events of all types, a transparent ETFE canopy covering nearly 19 acres was developed to maximize flexibility while maintaining an outdoor feeling and taking advantage of the sites climatic conditions. The form was driven by a number of factors, including air movement, local geographic features, site elements and overall integration into the district.

Under this canopy, all sides of the building remain open-air, allowing natural breezes to pass through the venue and encouraging all the public spaces to take advantage of the indoor/outdoor experiences common to the region and lifestyle of Southern Californians.

With 70,000 fixed seats and the ability to expand up to 80,000 seats for major events like the Super Bowl, Final Four tournaments, collegiate bowl games and award shows to smaller-scale events like high school football games, soccer matches, motosports, extreme sports, concerts and community events. The stadium will also accommodate a total capacity exceeding 100,000 patrons with standing-room-only locations throughout the venue.